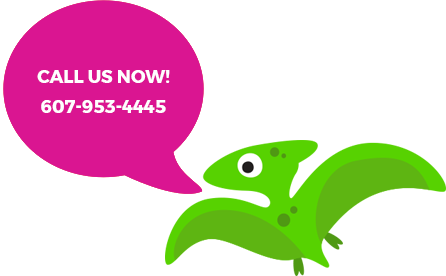 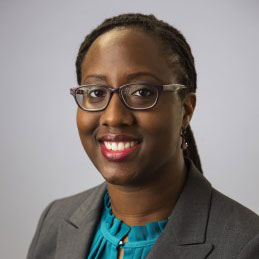 “I love helping children (and their parents) become less fearful of the dentist while also helping them have beautiful, healthy smiles!”

Dr. Ngandu Sonia Jefferies was born in Belgium but has spent most of her life in Alabama. Her parents are from the Democratic Republic of Congo. Growing up, Dr. Jefferies lived in many different places in Europe and the U.S.

She earned her Bachelor of Science degree in Biochemistry with a minor in French from Rhodes College in Memphis, TN. Dr. Jefferies attended the University of Alabama at Birmingham School of Dentistry and received her Doctor of Dental Medicine degree in 2011. After working as a general dentist for 3 years, she returned to school and earned her specialty certificate in Pediatric Dentistry in 2016. During her residency in pediatric dentistry, she was also appointed chief resident.

Dr. Jefferies moved from Alabama to the Ithaca area in the fall of 2016 where her husband is studying at Cornell. At that time she also joined the Dinosaur Dental team.

When Dr. Jefferies isn’t working, she enjoys cooking, trying new recipes, and eating food from around the world. 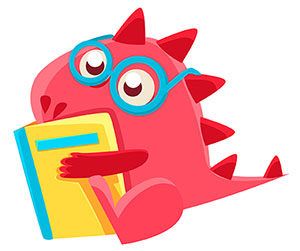 Dr. Ayah Rashwan was raised in Palm Beach Gardens, Florida with the dream of following her parents footsteps into a career in health care. Ayah grew up dancing and playing soccer, but it was through after school piano lessons when she learned that she liked working with her hands. As a University of Florida undergrad, Ayah volunteered with Streetlight, a palliative care hospital program that focused on children and adolescents with chronic illnesses. This experience helped Ayah realize that she wanted to align her career with pediatric populations and the preventative arm of dentistry. Ayah completed a Bachelor’s degree in Biology, with a double major in Applied Physiology and Kinesiology and Family, Youth, and Community Sciences, as well as a minor in Business. She then completed her doctorate training at the University Of Kentucky College Of Dentistry. With dental school complete, she pivoted to the Big Apple to pursue her passion in pedodontics by entering an advanced training program at NYU Langone’s Pediatric Dentistry program in Brooklyn, NY. Outside of dentistry, Dr. Rashwan can be found reading or doing hot yoga. Her hobbies also include traveling, nutrition, snowboarding, and appreciating the underwater beauty of the ocean when scuba diving. 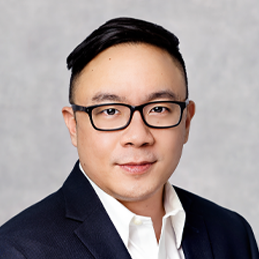 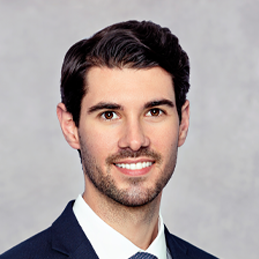 Dr. Joseph DiBenedetto “Dr. Joe” was born and raised on the west side of Binghamton, NY. He went to Binghamton High School where he played football, lacrosse and basketball. Dr. Joe earned a Bachelor of Arts degree from the University of Notre Dame and continued his education at LECOM School of Dental Medicine in Florida where he earned his Doctor of Dental Medicine degree. Immediately after, Dr. Joe obtained his specialty certificate in pediatric dentistry at NYU Langone at the Maryland site location. He worked in Easton, Maryland at a small private practice before returning home. Dr. Joe wishes to not only be a role model in the professional setting with children, but to also one day be a youth basketball and lacrosse coach. On his free time, Joe enjoys hanging out with his girlfriend, Meagan, their families, golfing, and watching sports. 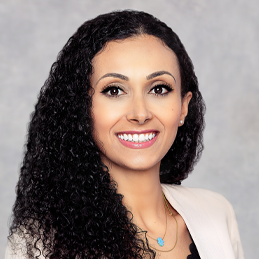 Dr. Jarmak was born and raised in Montreal, Canada. She obtained her Doctor of Dental Medicine from the University of Montreal in 2014. After working many years as a general dentist in San Diego, Dr. Jarmak decided to pursue her passion of working with children and obtained her certificate in pediatric dentistry at Interfaith Medical Center in Brooklyn. During her training, she was appointed Chief Resident and received the ”Resident of the Year” award. Prior to becoming a pediatric dentist, Dr. Jarmak was part of a selected team of dentists for the MLB Seattle Mariners during their annual Spring Training. She was also a clinical faculty for the NYU Langone San Diego AEGD program. Dr. Jarmak has participated in many dental missions trips in Mexico over the years where she treated underprivileged children and orphans. During her free time, Dr. Jarmak loves cooking, hiking, arts & crafts, and spending time with friends. 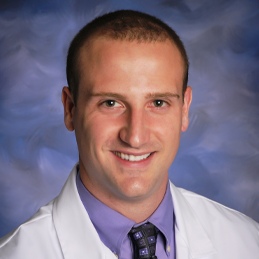 Dr. Brandon Freeland is a board-certified pediatric dentist. He grew up in the Southern Tier and graduated Valedictorian from Susquehanna Valley High School. He continued his education at the University at Buffalo and graduated Magna Cum Laude from the Honors College, receiving a Bachelor’s Degree in Biomedical Sciences with a Minor in Pharmacology and Toxicology. He earned his Doctorate of Dental Surgery from the University at Buffalo School of Dental Medicine, graduating with Cum Laude honors. Dr. Freeland completed his specialty training in pediatric dentistry at Children’s Hospital of Michigan. Dr. Freeland is very passionate about providing dental care to children and patients with special needs. Creating a positive atmosphere while maintaining optimal oral health is one of Dr. Freeland’s top priorities, and he is very proud to be part of a dental team that shares those values. Dr. Freeland had many visits to the dentist as a child due to a sports-related injury, so he can relate to his patients receiving dental care. His enthusiasm and friendly demeanor, combined with a sense of humor, helps ease anxiety of both patients and parents. Some of Dr. Freeland’s interests and hobbies outside of dentistry include photography, ice hockey, soccer, golf, running, cycling, hiking, camping, backpacking, kayaking, and hunting. He is a big advocate for physical fitness, and enjoys working out regularly. He has run in multiple Tough Mudders and competed in Michigan’s M22 Challenge (triathlon) three times. Dr. Freeland is glad to be in the Greater Binghamton area to serve the community. 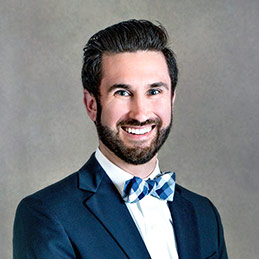 Dr. Nicolas Freda was born and raised in New Jersey before attending Lehigh University for a bachelor’s in Biology. He continued his education at Tufts University School of Dental Medicine in Boston, MA where he received aDoctorate in Dental Medicine. There he found his passion for research, education, and most importantly, working with patients of all ages. Dr. Freda continued his academic career at New York University College of Dentistry where he earned his certificate in Orthodontics and Dentofacial Orthopedics. Dr. Nick holds a clinical faculty position in the orthodontic department at NYU and well as within the Pre-Doctorate Invisalign program. 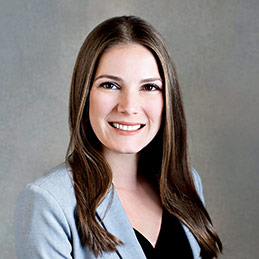 Dr. Elena Ciciolla was born and raised in Fort Lauderdale, Florida. She earned a Bachelor’s of Science degree from the University of Florida. Dr. Ciciolla continued her education at Tufts University School of Dental Medicine where she earned her Doctor of Dental Medicine degree. Dr. Ciciolla spent two years training in a general practice residency with New York Presbyterian Brooklyn Methodist Hospital focusing on advance multidisciplinary cases for both adults and children. Immediately after, she obtained her specialty certificate in pediatric dentistry from NYU Langone at the Maryland site location. During this time, Dr. Ciciolla worked with Chesapeake Healthcare to serve the local eastern shore community. When Dr. Ciciolla is not working, she enjoys spending time with her friends and fiancé. Together they enjoy traveling, dining out, and spending time with family. 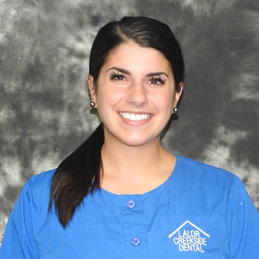 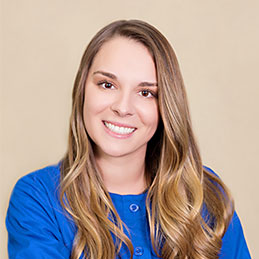